News
You are here: Home / Workshop for good practices of recording, labeling and inspecting equipment... 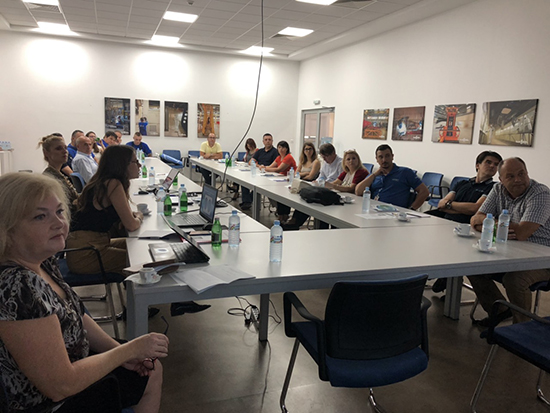 On 10.09.2019, the NOU of R. North Macedonia together with the State Environmental Inspectorate has organized a workshop that brought together the owners of equipment containing refrigerants, service technicians and the State Environmental Inspectors. Under the moto “32 years and healing”, this workshop was organized to celebrate World Ozone Day and was hosted by the bus manufacturing plant “Van Hool”. The following topics were presented to the participants:

This summed up the theoretical part, which was followed by the practical part of recording and labelling on-site of the existing equipment that contains more than 3 kg of refrigerant fluids.

Training for environmental inspectors – Bitola Workshop for the control of recording and labelling of the equipment containing...